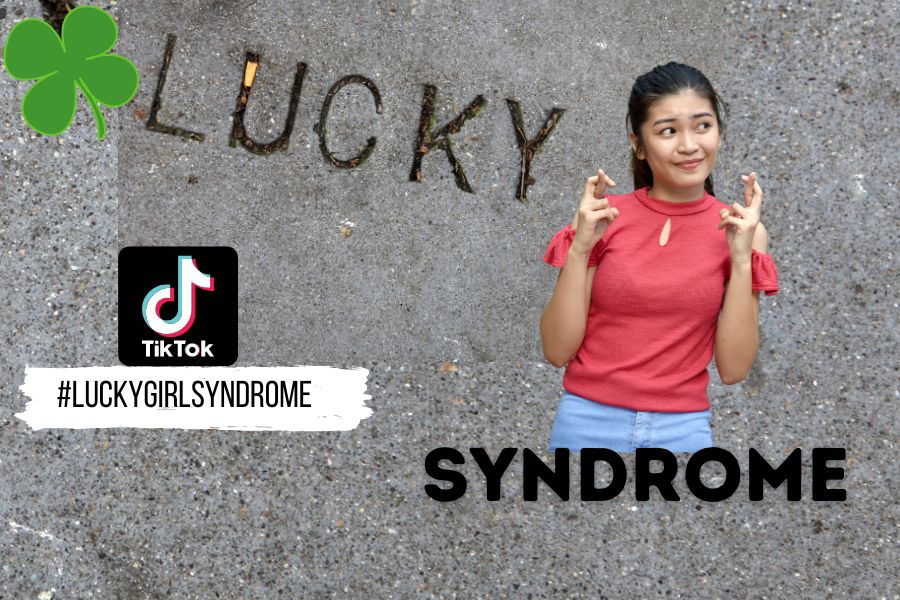 There is a new trend and it is no longer a secret. It is called the Lucky Girl syndrome. But the most important thing is that it works! Really! So my daughter says and has tested it.

What is that Lucky girl Syndrome?

The Lucky Girl Syndrome (LGS) is a psychological phenomenon that describes young girls who believe they are lucky and protected from bad outcomes. It is based on manifestations and the law of attraction.

Manifestation is the process of using positive thinking, emotions, beliefs, and affirmations to bring about desired outcomes in one’s life. It is often used as a tool for cultivating mental wellbeing and personal growth. The idea of manifestation suggests that if one can think positively and believe deeply in themselves, they will be able to make the changes they choose to create in their lives.

So, although this has existed for a long time now, it has only been recently on Tiktok that some creators have brought it up and has become a viral trend. #Luckygirlsyndrome hashtag has 130+ million views!

With the ever-growing influence of social media, teens are particularly susceptible to what they see online. TikTok has now become an incredibly popular platform for showing off trends, highlighting new ideas, and creating mini challenges for users to try out.

Recently, there are many videos of people talking about the power of positive thinking as an effective strategy to get positive results. Using the reprogramming of the subconscious mind and the law of assumption as a basis.

The truth is, though, that some people say there is no scientific evidence or scientific basis for this so far other than people on social media sharing positive outcomes in their lives.

That is not completely true. The placebo effect has been scientifically proven. As an example this study by Harvard University: “Mind-set Matters: Exercise and the Placebo Effect” carried out in 2007.

Researches told a group of female hotel cleaners that they were exercising while doing their jobs. As a result, 4 weeks later they lost weight and improved their blood pressure and vitals!

The study suggests that the belief in the effectiveness of the exercise program is more important than the actual physical activity in improving physical performance.

This study proves the power of mindset which is what this trend is based on.

While at first it may simply seem like a fun challenge that could have no lasting implications, the power of manifestation can be difficult for some people (especially teenagers!) to understand or come to terms with.

Of course that there are concerns among the more conservative community about young people’s mental health and the effects of this trend. Psychologist Dr Carolyne Keenan being one of them.

In her own words to the BBC:

“There are going to be, unfortunately, some situations in life that we are not able to manifest and think our way out of,” she says.

“I would be concerned about people being in situations where maybe that’s not going to be an effective strategy.”

She also talks about confirmation bias, as a point of concern refering to the tendency of people to favor information that confirms their preexisting beliefs.

I am personally not agreeing with this concern at all since, in my humble opinion, it is not in this exact way that this so-called “syndrome” works.

Yes, of course that it cannot be an effective strategy for some and can lead to disappointment and, in some cases, lead to anxiety related issues. Whether because too much expectations are put into it or things not going your way as these people in social media platforms promise.

The important thing to highlight, in this case, is that not only teenagers but everyone else, need the necessary tools to deal with their emotions in situations like these. These tools are not provided par default in this society or can be built in a couple of days though.

One thing I take from this reflection and the talk with my teen daughter about this trend is that a deep work in self-esteem will guarantee that you are not falling into self-doubting yourself and your capabilities or even self-delusion.

The Law of Attraction works and it has been proven by many – not all of them tiktok users, lol.

I have written about other more traditional manifestation methods ( like the 369, the 333 and the 555 ) and some success stories from different people who practice manifestation.

However, it is not as simple as the majority of people think. It not only involves visualization and intention but also action and this is what most people fail at for different reasons.

My Daughter has tried it and (she says) it works!

As the mom of a 16 year old, who suffered from depression two years ago, I can’t help but worry a little. It is hard keeping up with all the trends in so many social media platforms that are so easily accesible to anyone. But I am also amazed by it in total honesty.

I think the mentality of your teen has a lot to play in this game and that is why is so important to work on that since they are little children. And I think we did a good job with that, thanks God.

Apparently, this approach to think you are the luckiest person on earth is the key to happiness – according to my own daughter!

Step-By-Step guide to be the luckiest girl in town

The idea of lucky girl syndrome is all about gratitude and focussing on the positives as far as I understand.

I suppose there is more than one way to do this but my 16 year old has done it with very simple things like this:

When you wake up, think about (or write if using a manifestation journal) three things you are looking forward to that day.

It can be your nutricious breakfast, your coffee, seeing your best friend at school…I mean, anything.

As your day goes by, stop a second everytime something positive happens. Examples:

As you can see, it is all about being present in the moment and feel gratitude and joy. How can taht be damaging!

Again, think or write three things that have happened that day, remember them and feel the same positive emotion you did earlier. Re-live the greatness.

If you like affirmations, then you can practice these as well before bed as a reinforcement of positive thought.

When you are ready to go to sleep, visualize those things you WANT to happen in your life the next day. Visualize that ‘self’ you want to be as you already are that person. Feel like that person would feel.

This practice will enhance your self-perception and will provide new empowering beliefs.

I am sold with this syndrome. For me it is another name for the law of attraction, the law of assumption or the creation of your own reality (or your own luck).

If you summarize it, you’ll see it works with positive thinking, being present and feeling gratitude.

It is proven that practicing gratitude has many benefits for both mental and physical well-being.

This kind of practices can shift our perspective from focusing on what we lack to being thankful for what we have, which leads to greater overall satisfaction and fulfilment in life.

So this can’t be a negative thing. For the detractors of these practices, as long as emotional intelligence is part of the game and expectations are low, it is not only a positive approach but it makes easier to cope with challenges and setbacks, and promotes resilience and well-being. 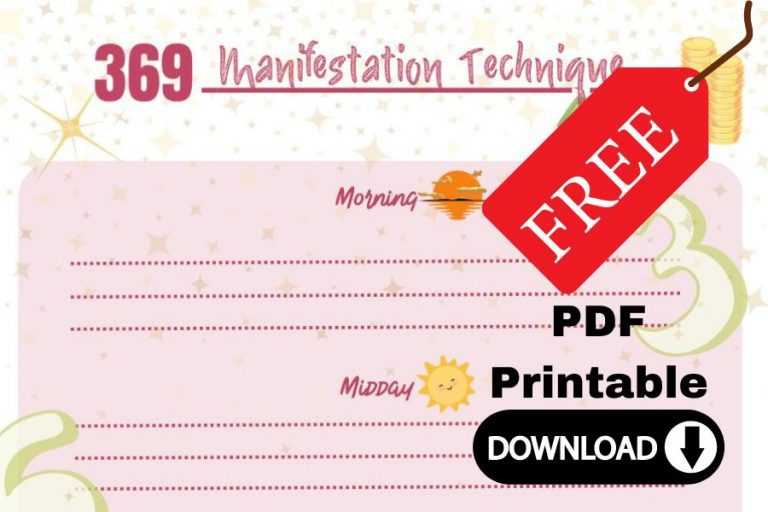 I have always been curious about the law of attraction and the power of positive thinking, but I never really… 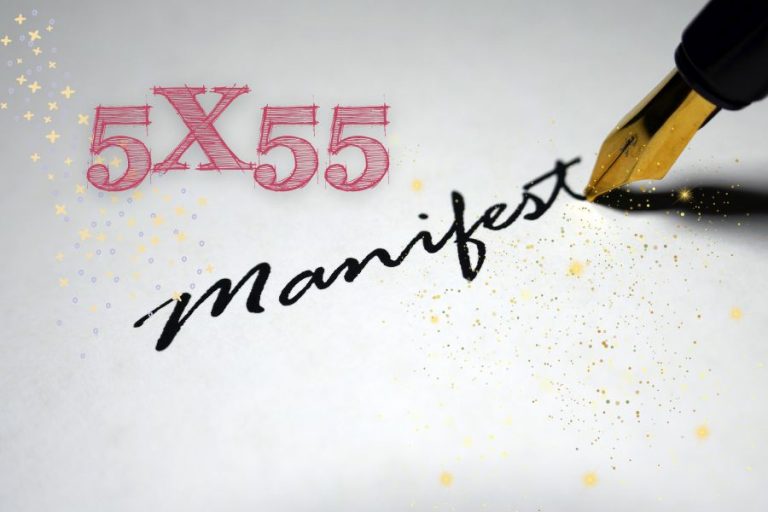 Many “new age” motivational techniques have helped millions of people worldwide change their lives for the better. Many of these… 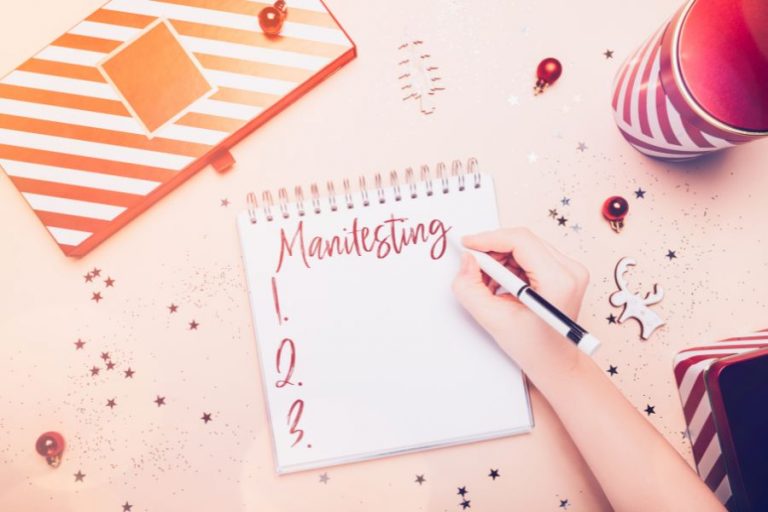 The Law of Attraction stipulates that you can manifest good things in your life by focusing on the positive; the… 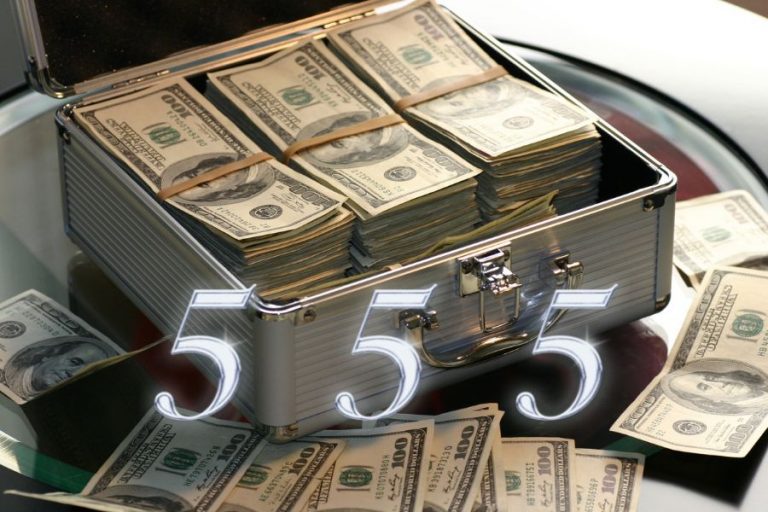 The 55X5 manifestation method is quick and relatively easy to make you attract what you desire. It involves writing or… 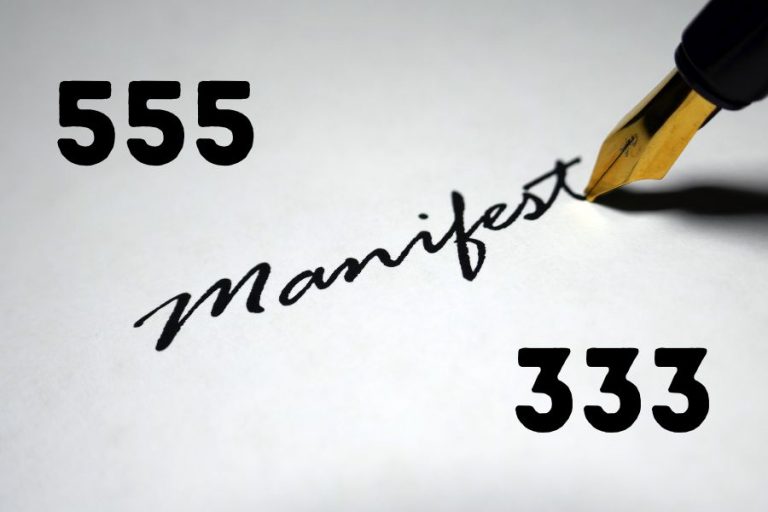 Many different manifestation methods have recently risen in popularity, with two of them being the 33 x 3 method and… 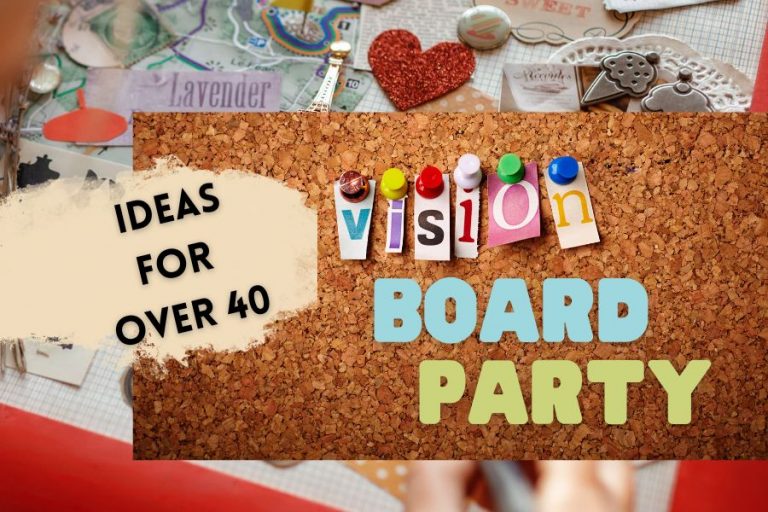 A vision board party is a wonderful opportunity to get together with your family and friends and put your hopes,…