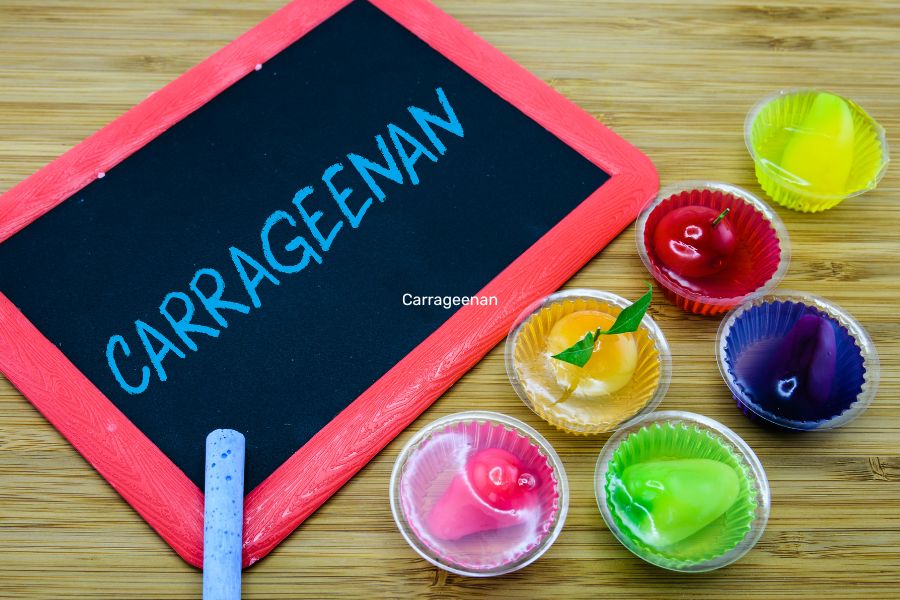 Recently there has been some buzz around the alleged dangers of carrageenan.  You may have also heard some of the horror stories and why there is a growing chorus aimed at canceling carrageenan. However, it’s also used in your doTERRA products, which begs the question of why a natural company is still using carrageenan.

Carrageenan is used in doTERRA products as a thickening agent, especially in their softgel range.  It is not uncommon for carrageenan to be used in food, and it is generally considered safe.  Nevertheless, doTERRA is working at refining a substitute for its products.

Even though carrageenan has technically been declared safe to consume, we must ask whether there is any merit to the allegations.  And are those allegations reason enough for you to toss your doTERRA products?

More about doTerra: Is doTerra sold in stores?

The Use Of Carrageenan in doTERRA Products

When wading into the waters of a hot topic like carrageenan, it’s best to do so carefully and emphasize the facts.  In other words, the aim should be to understand why doTERRA uses carrageenan and to conclude whether the usage is safe or not.

What Exactly Is Carrageenan?

Suppose we are going to determine whether carrageenan is safe or not.  In that case, we first need to understand what it is exactly.

Carrageenan is a food additive produced from red seaweed known as Irish Moss.  First, you harvest and dry the seaweed. Then, using alkaline solutions, you extract the carrageenan from the seaweed.

Now you may think that carrageenan is entirely natural, which makes it safe, right?  To that, I say that earthquakes are also natural but far from safe.  My point is that we must be careful to automatically associate what is natural and what is safe.

Is Carrageenan Safe To Consume?

With the right extraction process, the carrageenan won’t dissolve in your stomach. This is due to its long polymer molecular structure.  In layman’s terms, carrageenan is good at binding and gelling but bad at being digested and absorbed into our bodies.

So, in essence, food-grade carrageenan is generally safe because it passes through the body without getting absorbed.

Nevertheless, studies have shown that carrageenan has the potential risk of damaging the protective cells inside the digestive system.  Although these studies aren’t conclusive, they point to inflammation risk.

But a risk of inflammation is a long way off from the cancerous dangers you’ve heard or read about.  And before you throw the internet’s wrath at me, allow me a moment to clarify those genuine risks.

Unfortunately, carrageenan has a nasty secret.  Or, instead, a very nasty family member who goes around making everyone sick and then blames it on carrageenan.

Although carrageenan molecules aren’t good for digestion, the molecular structure can degrade.  This degradation usually happens with some form of exposure to acidity.

If it degrades enough, it forms a new substance called poligeenan.  And poligeenan has a structure small enough to be digestible in the human body.

You may have already guessed, but it just so happens that poligeenan is absolutely unsafe to eat.  It comes with many harmful side effects ranging from inflammation to straight-up cancer.

This means that the risks associated with carrageenan are not wholly unwarranted, although there is some misunderstanding.

What I mean is that if a company is sourcing high-quality, food-grade carrageenan, then its products are safe to consume.

However, suppose a company is sourcing their carrageenan from some dodgy chop-shop manufacturer.  In that case, it could very likely be degraded enough to be dangerous.

Here’s a video that explains the risks of carrageenan and poligeenan very well:

The next logical question is why companies use carrageenan if there is a small risk of it degradation. While there are several reasons, the most common one is that they use it to be vegan.

Carrageenan is an excellent food preservative that binds, thickens, and stabilizes food products.  In short, it does almost everything that gelatin does, but it’s made from plants instead of pigs.

For this reason, its use is very common in vegan and dairy-free products, from cheeses, almond milk, creamers, yogurts, and even baby formula.

These are the exact reasons why doTERRA uses carrageenan.  Because of its gelatin-like properties, it makes a perfect thickening agent for Softgel products, allowing to create a vegan product that is also safe to consume.

doTERRA has made it clear that they only use long-chain, food-grade carrageenan, which is safe according to the FDA and the WHO.

Are There Alternatives To Carrageenan?

Alright, we understand that carrageenan is technically safe if we do things right in the manufacturing and outsourcing process… But there is still that nagging voice in your head pointing toward poligeenan risks.

Fortunately, there are alternative options, and even doTERRA has stated on its website that they are actively researching these options.  Unfortunately, it will not be a replacement we will likely see in the short term.

The reason is that while there are potential alternatives, developing a suitable replacement involves mixing ingredients. Plus results have yet to work as well as carrageenan either.

Several food companies have been trying to develop a good working alternative.  Still, most have openly admitted that it simply isn’t that easy.

The bigger question I am asking myself is whether it is necessary.  Obviously, companies like doTERRA are receiving social pressure to discontinue their use of carrageenan.

However, I wonder how much disinformation is there around it.   Nonetheless, I don’t suspect we will see any working alternatives to carrageenan soon.  Nor do I think it’s reason enough to toss your Softgels in the bin.

doTERRA uses carrageenan as a thickening agent and preservative to manufacture their Softgel products.

Carrageenan, extracted from seaweed, is effective and safe to consume as a vegan alternative to gelatin.  However, if carrageenan degrades, it forms poligeenan, which is not safe to consume. 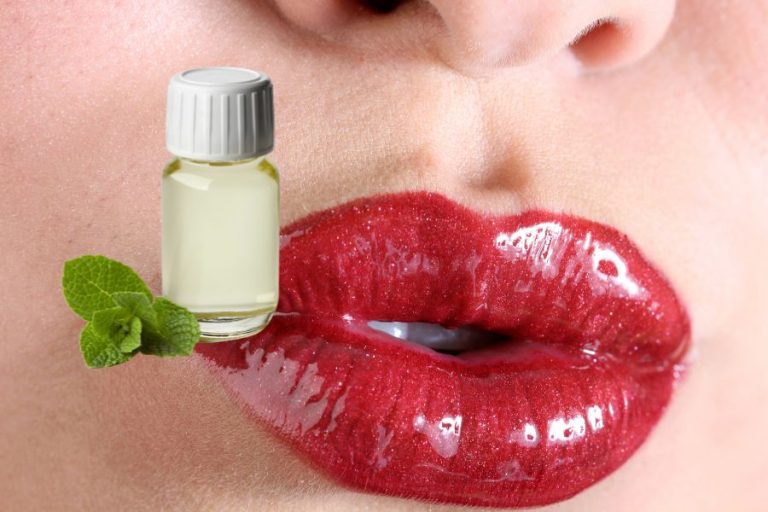 …Mum? That’s the question my teen daughter asked me a few weeks back. Of course, I did my own research… 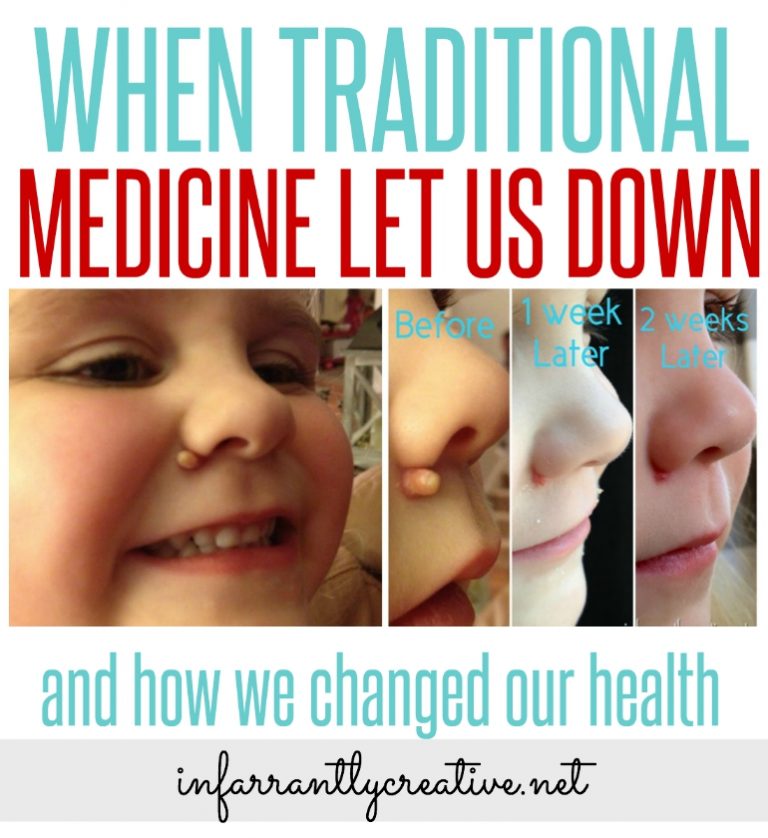 Young Living has been around for almost thirty years. The Utah-based company has taken over the essential oils market. However,… 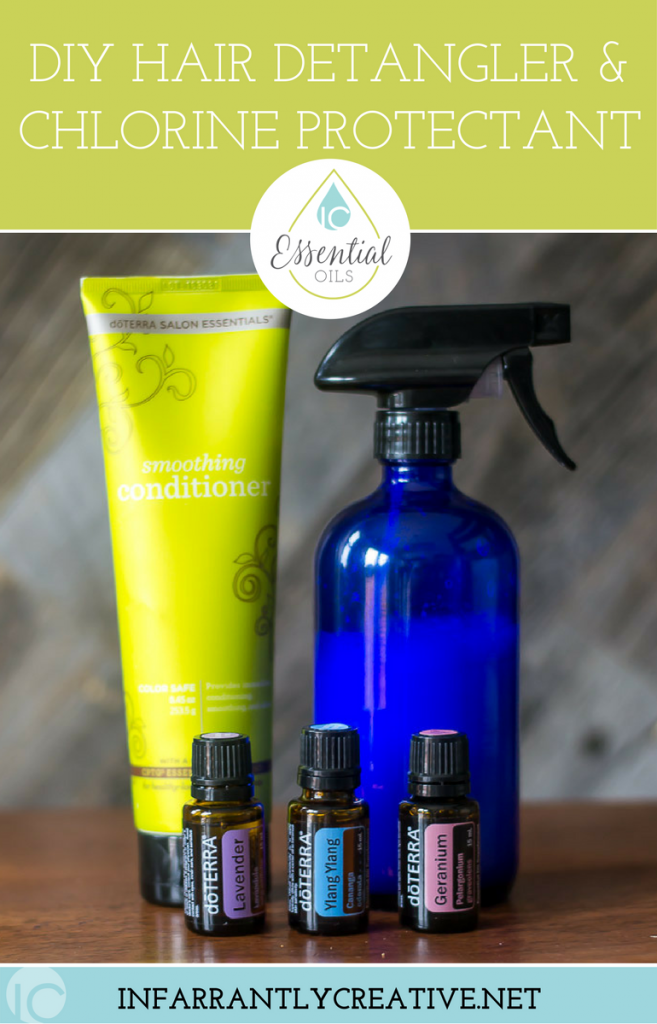 Hey, everyone! I wanted to share an awesome DIY hair tip with you! I used to have the WORST summer…

When purchasing your Young Living diffuser, you may have been informed that you must use essential oils from that same…

Traditionally, certain essential oil application methods have been preferred or used exclusively. However, as the research surrounding essential oils continues…