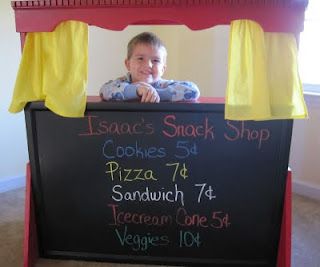 Remember the awesome puppet theater I made with tender loving care for Isaac? Do you remember the amazing puppet I made for him? Yah…he is over it..done, kaput, no more, adios, goodbye to puppets! I finally conceded his puppet phase was over. Sniff sniff!

I think I have bought Isaac maybe three toys in his three years of existence from a retail store. He gets all his toys from birthday or Christmas gifts, hand-me-downs or yard sale treasures. His little buddy Garrett had the Melissa and Doug Food sets and Isaac was obsessed. He talked about them incessantly and wanted to go to Garrett’s house to play food constantly. So using some of his birthday money and cracking the cobwebs out of my wallet we bought him four sets on Amazon.com and it cost us $65!!! That is a lot of money but I justified the expense saying #1 half of the money was his birthday loot #2 They are high quality toys #3 We will get years of use out of it because Kayla will play with it too.

Let me tell you for a mere $65 I have probably gotten 40 hours of Isaac playing unassisted. So that is worth $1.62 an hour right? HAHA!

Using my handy dandy Chalk-Inks (have you ordered these yet? The code CIW is still valid for 10% off, ship them to a business address.. it is cheaper) I made Isaac’s Puppet Theater into Isaac’s Snack Shop. 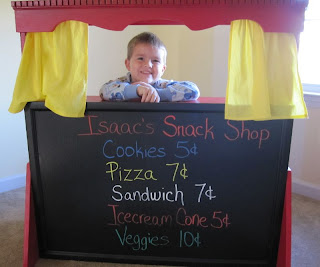 Then we store all the food sets on the shelves behind the shop. Perfect! 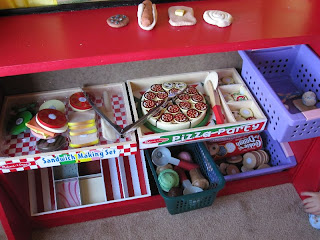 We also have been making food during “craps time” (he can’t say his “f’s” real well). Using a salt dough recipe I had from my teaching days (1 1/8 cup of flour, 1/2 cup of salt, 1/2 cup water) we have been sculpting food and then painting them with acrylic paints. He loves it. 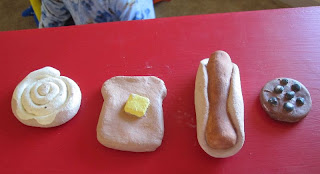 So I am broke because I keep going to his snack shop. I don’t have any more spare change. He told me the other day that if I work in his snack shop he would give me my money back. Seriously, is he hilarious or what? It is also a great learning tool since he is learning how to add and count money. 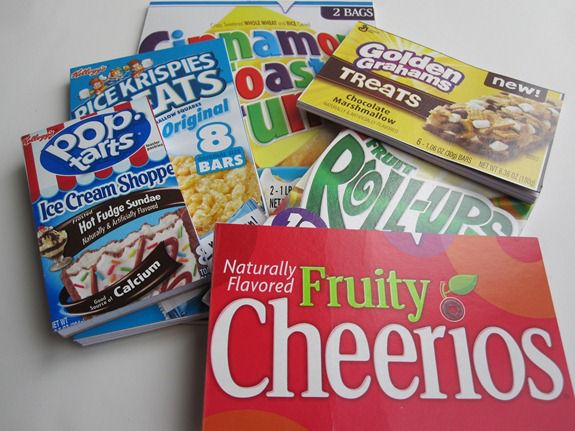 Greeting friends today we are going to make cereal box notepads.  We are continuing on with our recycle theme in… 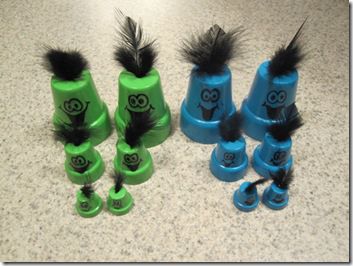 Welcome to day 7 of… If you are just joining us, welcome! If you missed any of the projects click… 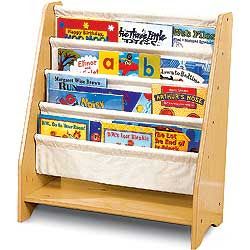 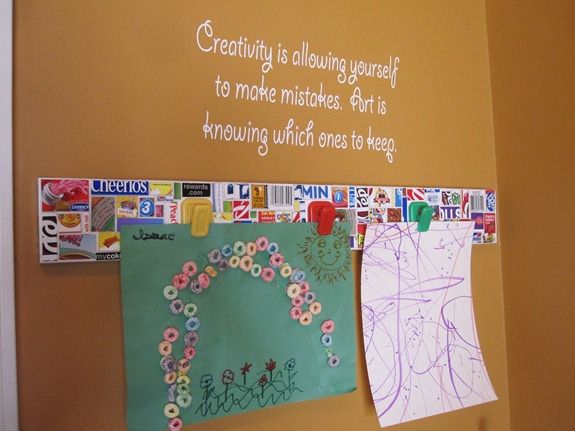 Welcome to the last project of the week focusing on cereal box crafts.   This project is a cereal box… 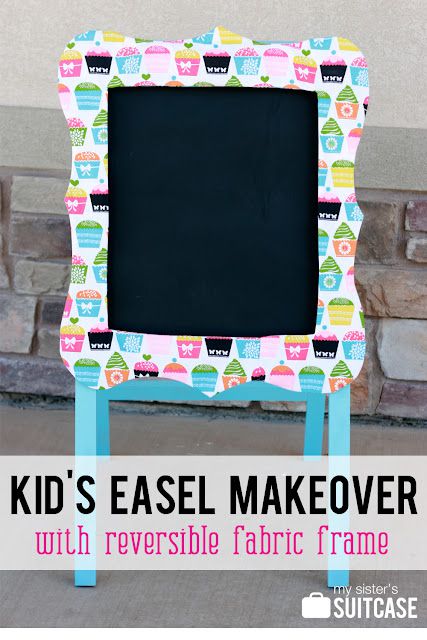 I have a love affair with making everything old new again, making the no purpose to repurposed and making over…

Welcome to our second Roadkill Rescue party.  Click here to see the projects from the first party.I am bubbling with…